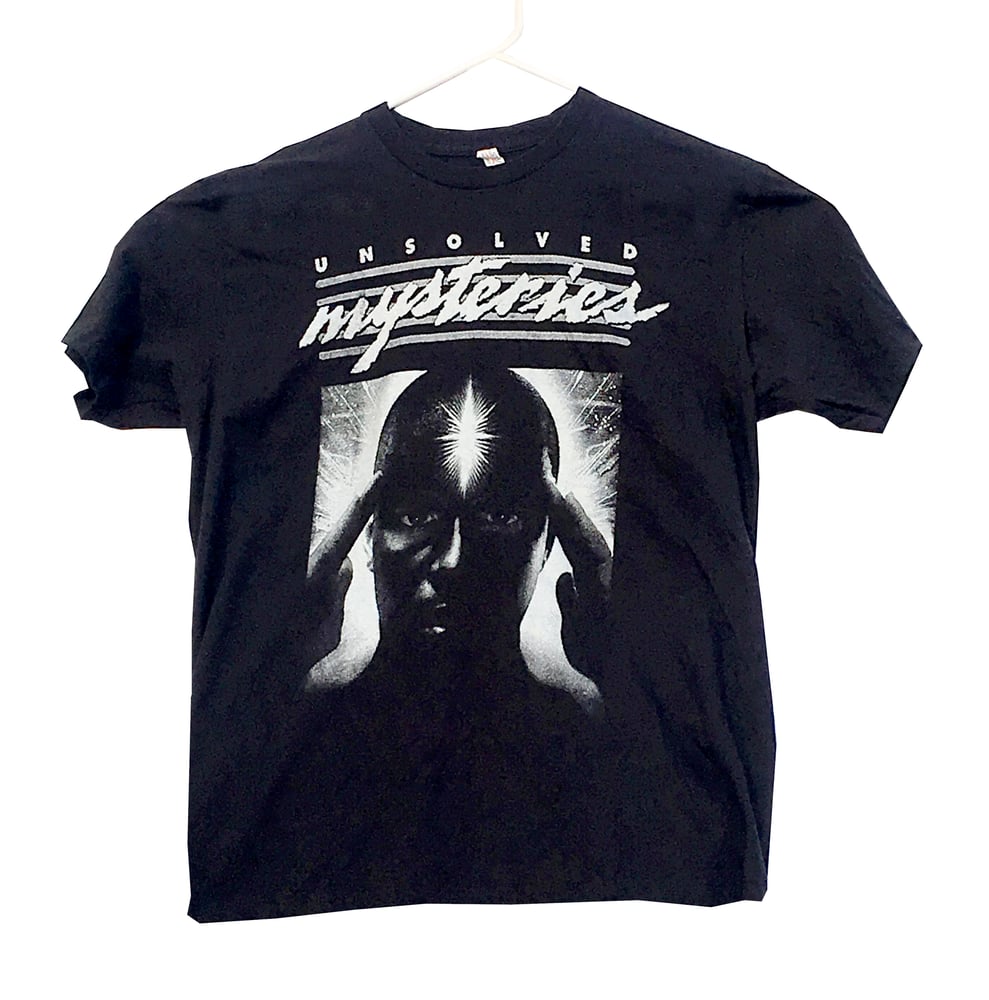 Unsolved Mysteries was the late 80's early 90's forerunner to the entire true crime narrated reenactment genre. Before Robert Stack's ominous voice-over recounted true crime tales underscored by an eerie synth soundtrack that surely was on the playlist of every ghost, serial killer, and boogeyman. Benchmarks of this series that fueled the nightmares of everyone brave enough to tune in included creepy authentic audio recordings, shadowy composite sketches, blurred witness faces, and scrambled voice accounts of crimes that will haunt you long after the criminal has been caught and served their time.

☞ Available in a white print on black shirt.