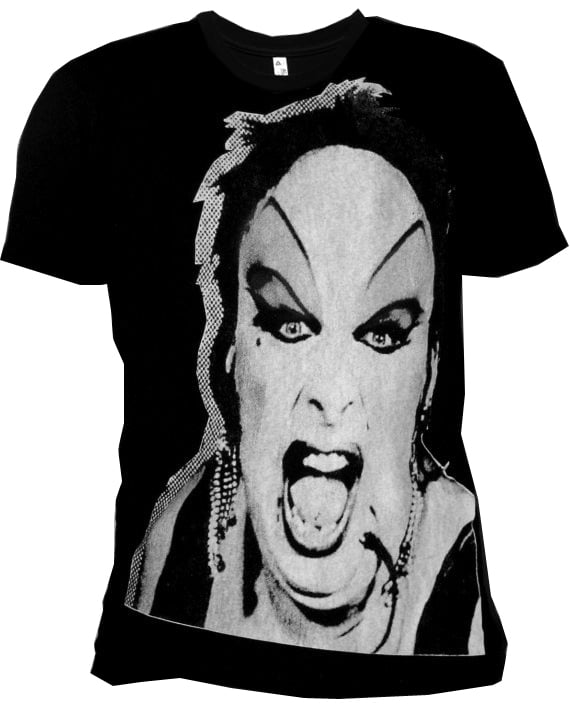 Sleaze queen Divine lives in a caravan with her mad hippie son Crackers and her 250-pound mother Mama Edie, trying to rest quietly on their laurels as 'the filthiest people alive'. But competition is brewing in the form of Connie and Raymond Marble, who sell heroin to schoolchildren and kidnap and impregnate female hitchhikers, selling the babies to lesbian couples. Finally, they challenge Divine directly, and battle commences...

"Drag Queen of the Century", DIVINE, played the infamous role of Babs Johnson who is forced to prove her right to the title as "filthiest person alive" from challenging jealous perverts in Pink Flamingos, John Water's cult classic; an exercise in poor taste!