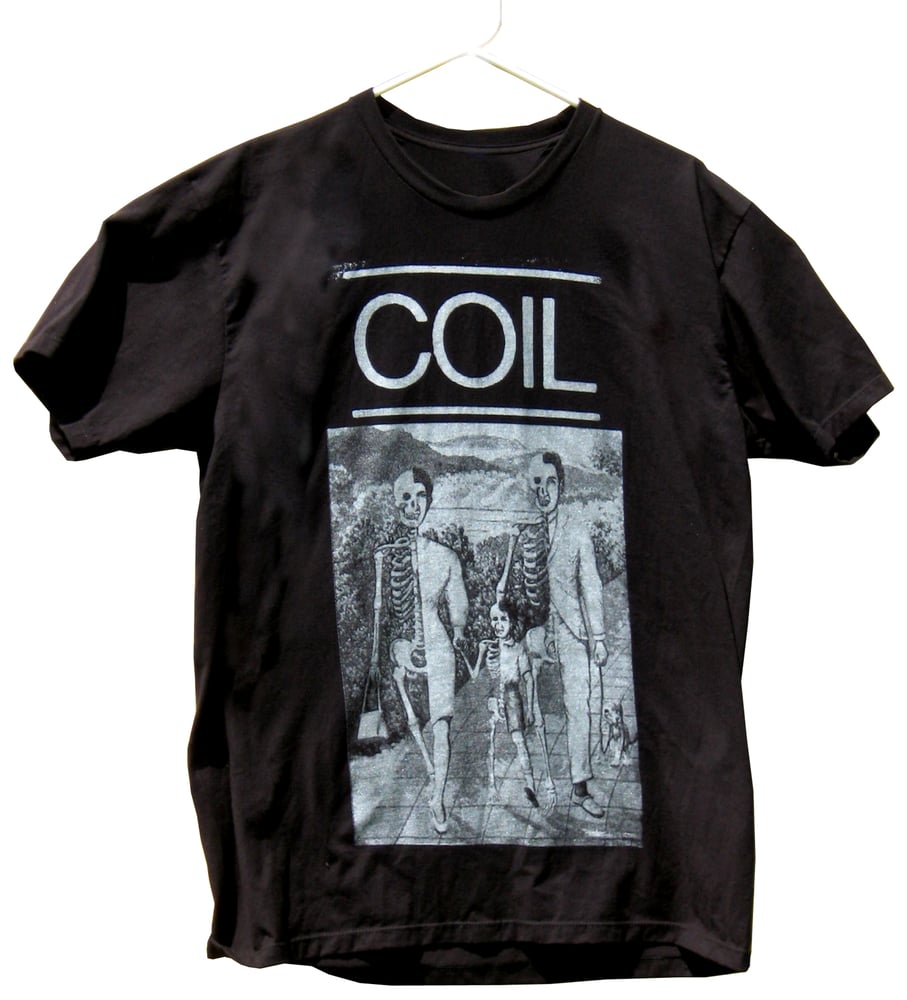 Formed in the early 1980's out of the ashes of industrial music founders, Throbbing Gristle, and later Psychic TV by the long time due of John Balance and Peter Christopherson, COIL can be described as 'musical surrealism' and was incredibly deep in the occult and esoteric. Not just limited to imagery alone but moreso during the song creation process where such methods as attempting to channel spirits, use of ritual magick, the evocation of energies and experimentation with mind altering substances to translate the experience into music. They strove for creating a visual image for which a soundtrack is to be written creating sonic imagery for the listener to form the visuals for within one's mind while listening; Each musical composition is a theme, a musical sketch, the soundtrack to a surrealist masterpiece which does not exist. Coil even composed the original score for the film Hellraiser which Clive Barker allegedly declined use of because the tracks were too terrifying!
Certainly one our favorite early 'industrial bands'!!